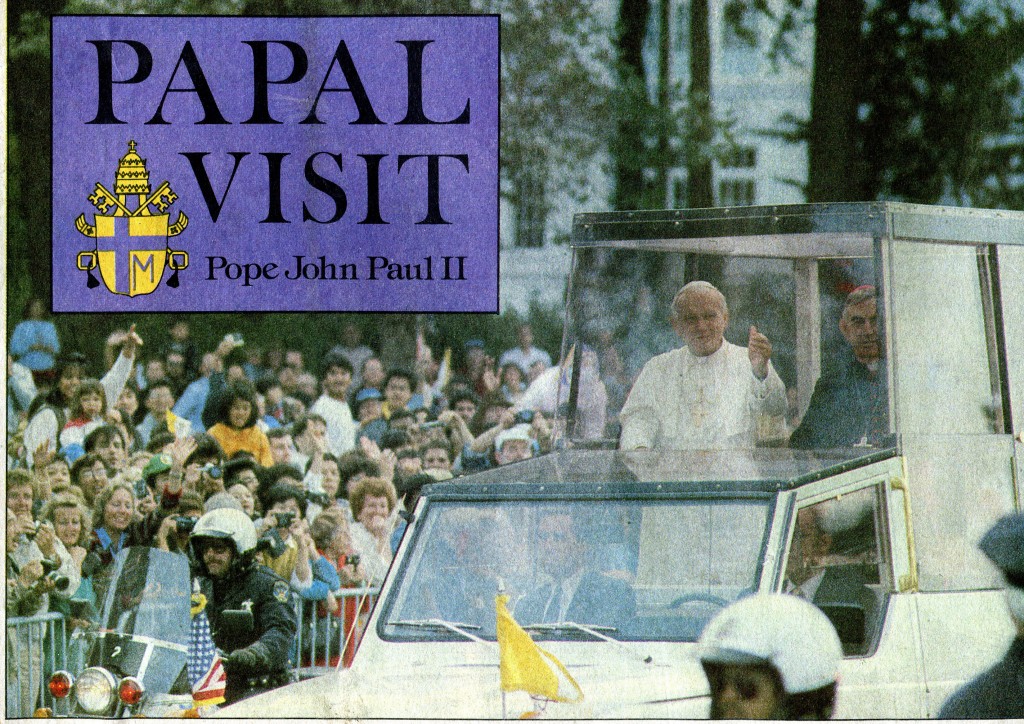 I had an amazing experience for a Catholic school boy yesterday.

I felt God’s presence—maybe He does exist.

Thursday afternoon, detailed to the Papal security as Pope John Paul II visited San Francisco, I was assigned to a car following the Popemobile down Geary Blvd from the Golden Gate Bridge to Mission Dolores.

An AR-15 locked and loaded sat in my lap. Safety was on everyone’s mind. The FBI even sealed all the manhole covers on Geary Blvd., so no one could jump up and take a shot. A million people had been predicted, but that didn’t happen. Protestors, yes, but no problems. Thank you. 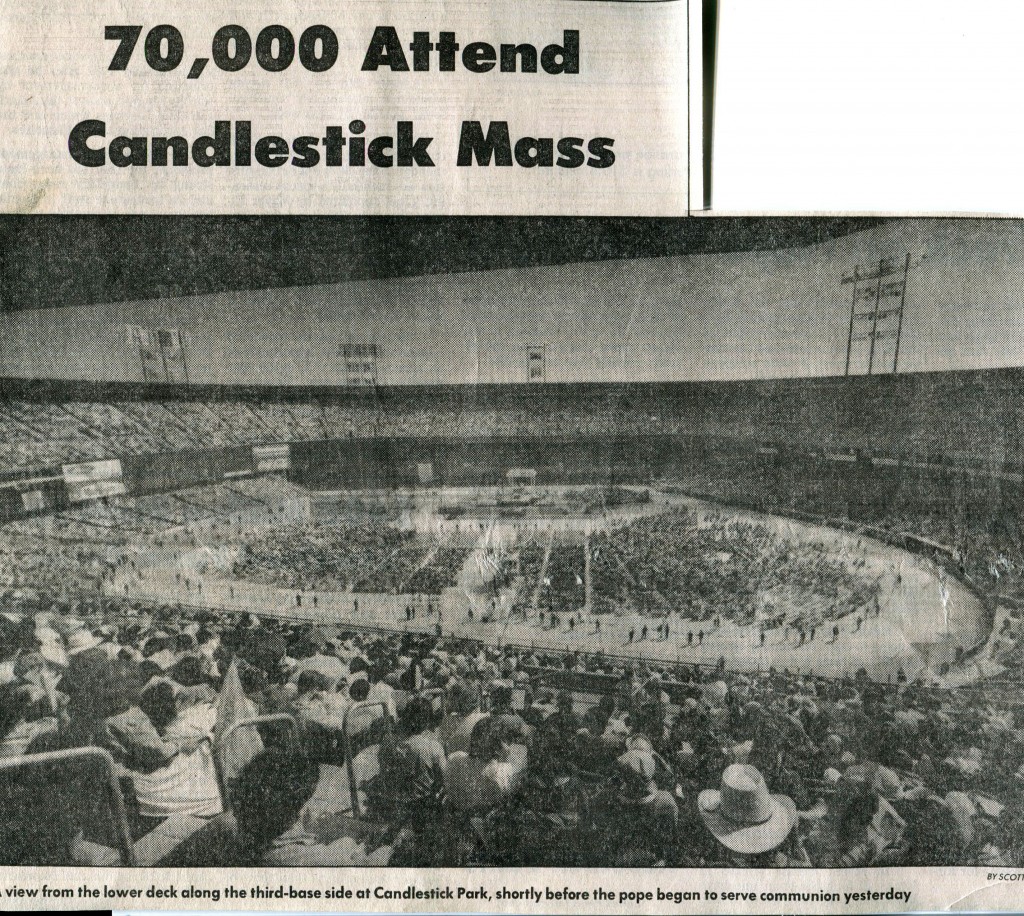 The Pope had said Mass at Candlestick Park, which had been packed with 70,000 people. At the conclusion of the service, I was in line with 20 cops securing the road out of Candlestick heading to SFO.

One cop with us said he was an Atheist and really whined about how it was a bunch of crap to be giving so much attention to one man.

“Who is he, fuckin’ Jesus Christ?”

But everybody was tired; no one wanted to get into it with him.

So the Mass ended and the Popemobile escorted by about a hundred motorcycles starts heading our way. I look over next to me and see guys starting to pull their St. Christopher medals out from under their uniform shirts. Then they crossed their hands atop each other like they were about to receive the host in Communion and let their medals dangle on the end of their fingertips.

SO I pulled out my St. Michael medal and joined in with them. We all stood at attention as the motorcycles roared . . . but, then, the Popemobile slowed to a crawl in front of us. The Pope was standing up and turned to look right at us. He then makes the sign of the Cross and blesses us.

I saw him look right at me as he passed by, and tears streamed down my face. My knees started shaking. I looked around and saw tears in the other guys’ eyes as well — even the Atheist.

“We gonna see you in church, now?” one of the guys asked him.