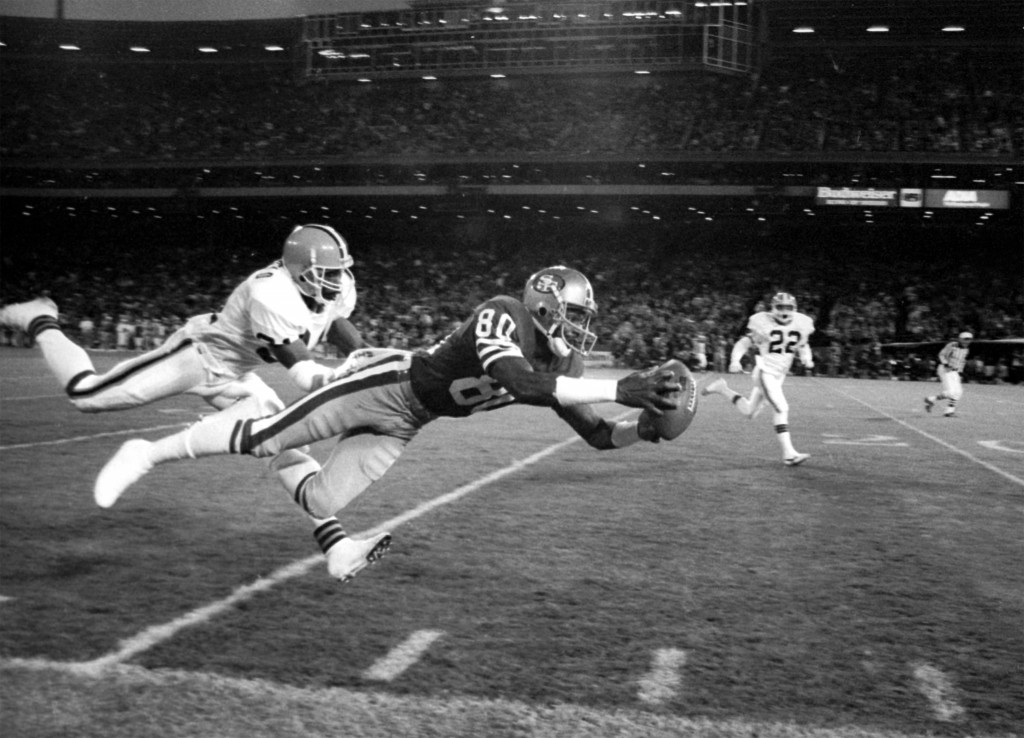 Sunday night, I worked the Field Security detail at Candlestick for the 49ers and Browns game. I was assigned to the Browns sideline at the 20-yard line.

About the fourth or fifth play of the game, Montana dropped back to pass and threw a long one to Jerry Rice running down the sideline right in front of me. Rice laid out for the ball and caught it on the end of his fingertips — making an incredible play.

I watched the replay on the new “Jumbotron” and could see myself standing right behind this guy who is the  49ers team photographer. I asked him if he got it, and he just smiled. I gave him my address and $10.00 to mail me a copy – he said he would.

Today in the mail I got a brown 8×10 envelope. Inside was the photo.

Wow! Incredible picture – the guy should win an award for it.