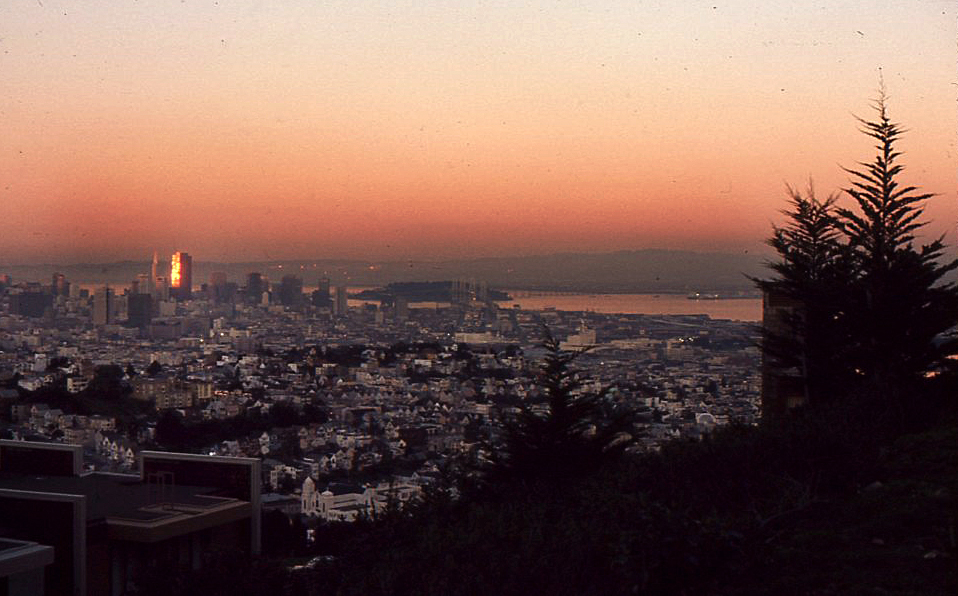 Watch off last night. We had one of those pink sunsets where the Bank of America looks like it’s on fire.

Early this morning about 0015, I took a walk around the neighborhood. The air was still and the city quiet, just warm enough to be comfortable. Then the breeze came up and blew for a moment or two rustling all the dead leaves lying on the ground. I detected a faint smell of plum blossoms — a little early for them to appear but they would be welcome.

Maybe it’s a harbinger as Diane Feinstein began her own term as mayor today. First thing she did was fire Charles Gain and replace him with Con Murphy, one of the good guys. He’s got a big job in front of him trying to heal these deep department wounds to bring everybody back together again.