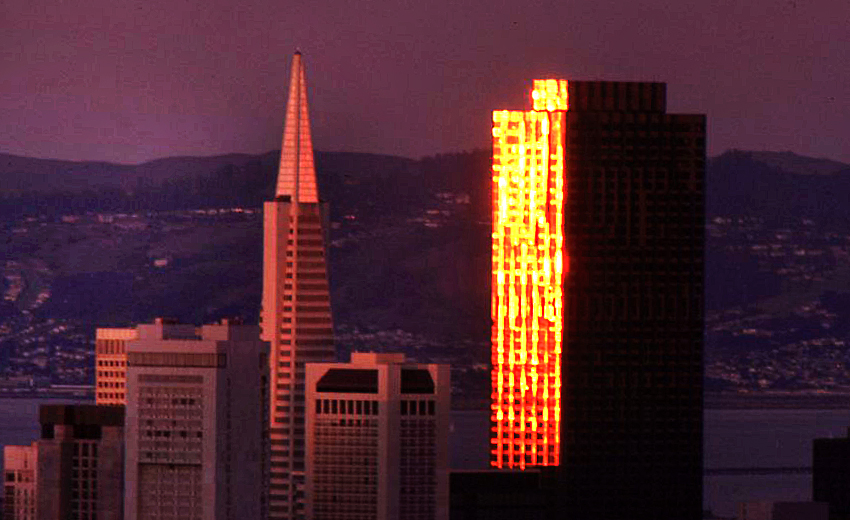 Gorgeous sunset tonight: I love it when the sun lights up the side of the Bank of America building downtown. Reminds me there still is beauty in San Francisco.

I like how when gays move into a place, they take care of it. They’re not like the shit-bum hippies and druggies. Lots of gays are taking those run-down buildings in the Castro and Mission and fixing them up. But it’s dangerous for them since the macho blacks and Latinos are always looking to beat the shit out of them.

It’s sad, most of them just seem to want to live their lives and be left alone. I have no problem with that.

Gain, the new chief’s an agitator. Moscone brought him in just to piss everybody off, and he’s doing a good job — at that! Moscone looks at us as a necessary evil and that given the choice, he’d get rid of the entire SFPD. Since he can’t do that, pissing us off is the best way to deal with us.

Some guys are having a lot of fun with that at work. Like we’re back in the 8th Grade. Instead of writing shit about the nuns on the lavatory walls, they’re writing that some of the bosses are the closet gays . . .including Gain.

The chief even talks about recruiting gays to join the department.

The two big flamers next door, Robert and Leon are really funny. They haven’t made what I’d call a serious overture toward me. But I sure can hear them moaning and groaning with each other through the walls.

Whatever …. It’s all a fucking comedy.