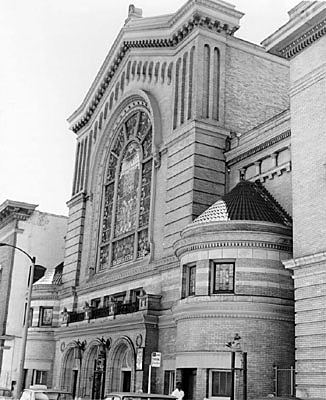 Strange time in San Francisco:The other night we got detailed up to the People’s Temple at Geary and Fillmore. It’s a weird church group, more like a Moonie cult than a religion. Last year, a couple thousand mixed-race followers descended upon the town, and the rumor is they all voted illegally and swayed the election. That explains why we got the trio: Mayor Moscone, DA Freitas, and Milk, the gay Supervisor.

But — that block at Geary and Fillmore just seems evil. 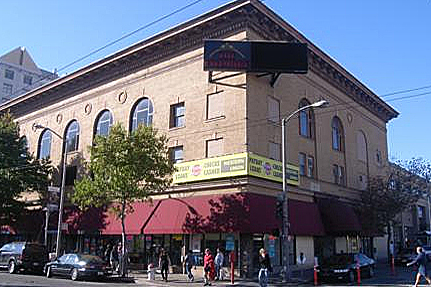 1805 Geary Blvd was once home to Nation of Islam mosque known as Muhammad’s Temple #26.

Muhammad’s Temple #26, where the Zebra killers came from, was located at 1805 Geary next door to the Temple. These days, every time I drive by there, I pull my weapon out and have it sitting in my lap. 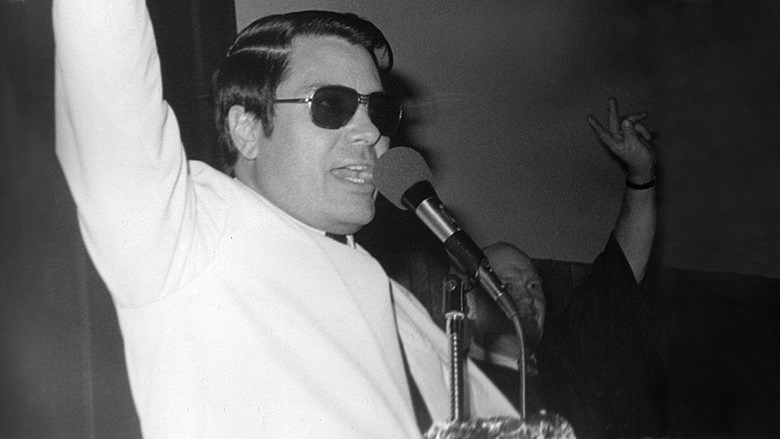 So Saturday night, the People’s Temple staged a testimonial banquet to honor founder Jim Jones, who looks right out of Central Casting as some Southern fire-and-brimstone preacher. Wears white suits and wrap-around aviator sunglasses. Slicked-back jet-black hair, and always surrounded by an entourage of bodyguards.

There’s something not right about the whole scene. But City Hall is in love with the guy — probably because he delivered the election for the pack of them.

The word is out that San Francisco is now an open-city and some of the people coming here from all over the country are not exactly what you’d call “wholesome.” Sure not the city I grew up in. Everything is changing, and a lot of people have moved out of the city.

The problem is that I grew up here, and it’s really hard to see the landscape of all the old mom and pop business closing.

The new guys, who haven’t grown up here, don’t seem as upset about this stuff. Maybe I should just disengage. I feel blah and tired all the time with no energy. Like lots of the guys.