Haven’t journaled in a long time. Just don’t have the energy anymore.

But tonight was meaningful, the 122nd Recruit Class of the SFPD held its 25th Reunion at the Marines Memorial Club and Hotel on Sutter Street. I had a nice time. Good to feel that old brotherhood with people I appreciate. It was fun to hear all the old stories, again. This job has given up some funny experiences. Nice to laugh out loud with old friends who also remembered the stories.

That doesn’t happen much at work any more.

The first guys in the class are retiring, now. Rich Dryden, the Class President is showing leadership and is going out first. He said he’s forming a “Group of Ten” to regularly socialize with some of the other guys who are now over 50 years old and can retire with 55% at 25 years. Most have side-businesses they want to work full-time on. Can’t blame them for wanting to get out as soon as they can.

There was a nice touch tonight as Jim Bloesch’s widow,Stephanie and his kids were there. We gave her a standing ovation. What a lady and family! Great dignity, inner strength, grace and courage.

The highlight of the night was Kirk Brookbush getting roasted over some of his foibles. The story of him parachuting out of a plane with the game ball to start the SFFD/SFPD football being played at CCSF and him almost landing in the middle of the 280 Freeway brought down the house. 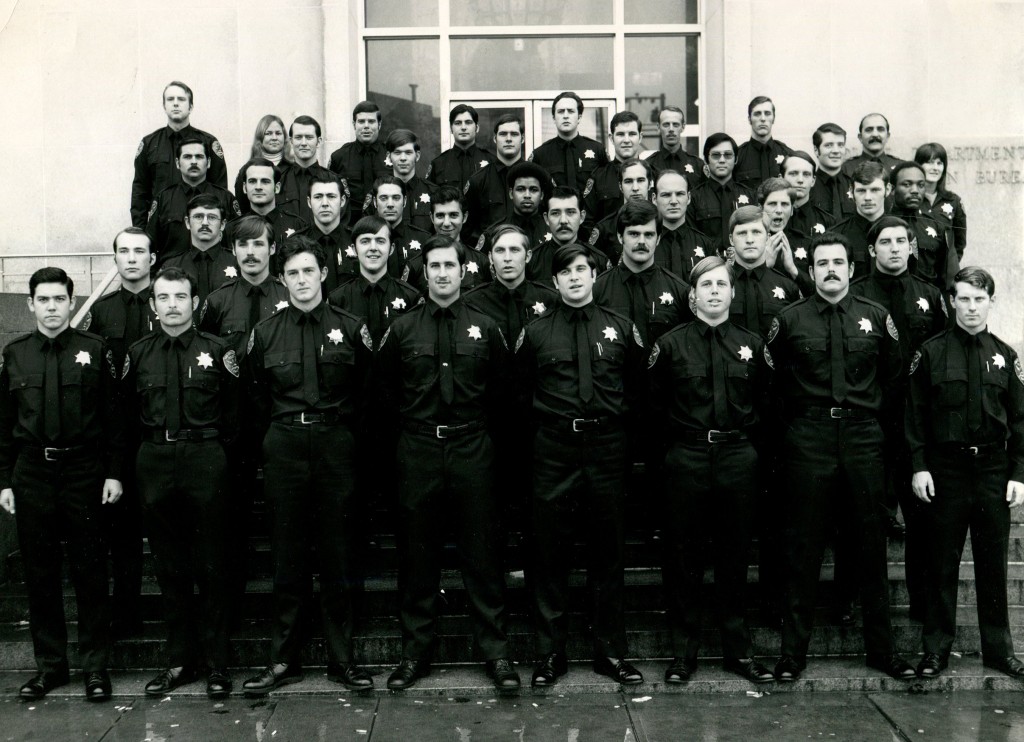 One of the guys who grows wine bottled a case we drank and toasted to all us being together again for our 30th Reunion on September 11, 2002 when we all can retire with full 70% service pensions — finally.