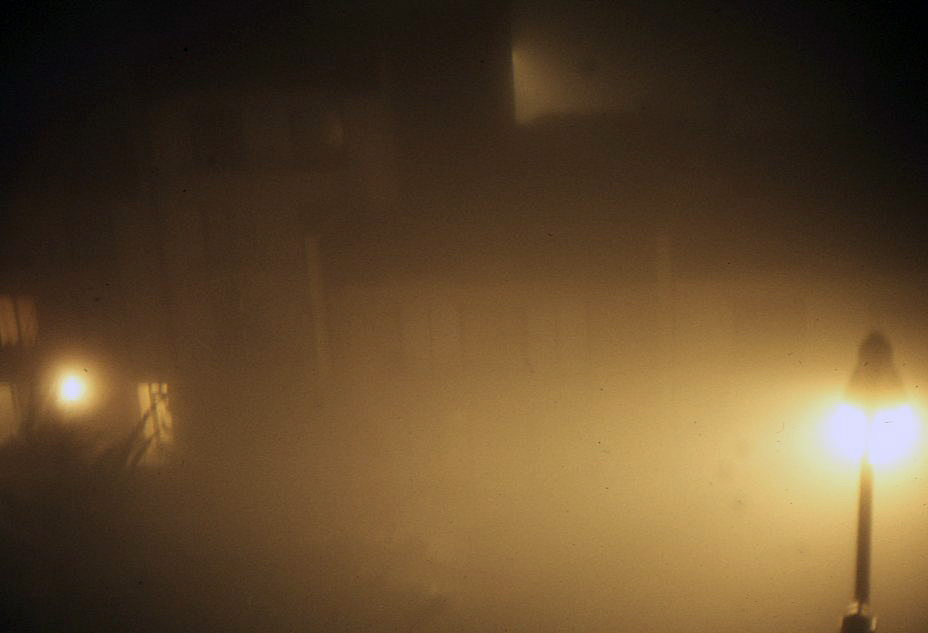 Foggy night — it matches my mood.

The fog’s in, and I can barely see the street below: Feels like I’m living inside a huge cotton ball.

Strike One: I finally saw Gina again yesterday, but it wasn’t good.

I’d been calling and leaving messages every day since we met, but she hasn’t responded. Finally, I went to her house, but when she opened the door, she had this pissed-off look on her face. She wouldn’t let me in — like somebody else was there.

She peered at me from inside, around the door almost like she need its protection. “I thought you would have gotten the hint,” she said. No mistaking the icy tone.

Wham bam! I feel sick and stupid. What a fucking bitch!

Strike Two: Then the SF Police Officers Association announced last night at the General Meeting that we’re going to take a strike vote.

Seems like the Board of Supervisors did the Charter-mandated salary survey of all the big police departments recently and found that the LAPD is getting a 13.5 percent raise. Since the entire Board is up for re-election, they want to show the voters their fiscal restraint — they’re offering us only 6.5 percent.

The city charter mandates that SFPD is supposed to be paid the equal of the highest-paid police department in California.

We could get killed in this job. We are held to a higher moral standard than any other city employees, including the street sweepers who now make $17,000 a year. We make about $15,500 and get straight time for overtime while everyone else gets time-and-a-half.

Strike Three: Fuck Gina Fratelli …. Fuck the Board of Supervisors. What a fucked-up day.