The old KGO transmitter and the new Sutro Tower at sunset

We had a pretty sunset last night. They’re probably going to tear down the old KGO-TV tower soon.

The new Sutro Tower is amazing. You can see it from almost anywhere in the City. I’ve been telling tourists who get lost to drive toward the tower, and they’ll be safe there in the middle of town.

The SLA Makes a Fatal Mistake in L.A.

I had the 3-wheeler at Candlestick tonight. There might have been 1,500 people for the game with San Diego. The Giants were down 5-0 in the first inning, but that didn’t matter — a lot of other shit was going down.

I brought my transistor with me after I heard that LAPD had found the SLA’s hideout. I guess the gang left SF and headed to LA. Big mistake. The LAPD shot it out with them . . . 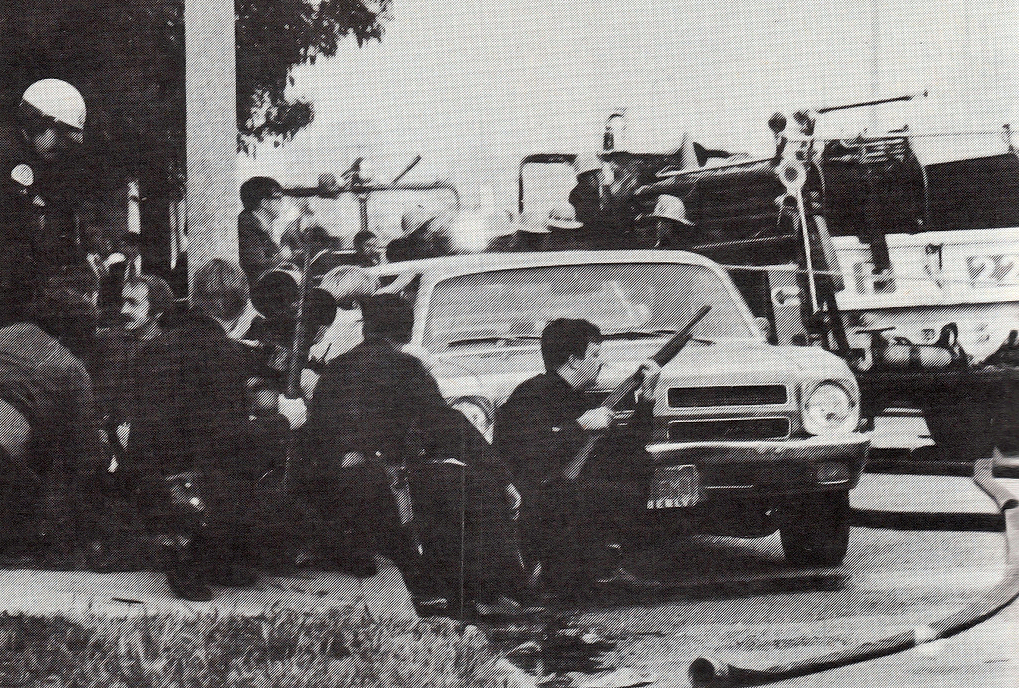 It was a fucking war, with the LAPD sending thousands of rounds into the place. Then they set it on fire. Apparently nobody got out.

They do things right in L.A.

But I couldn’t help think what would have happened if that had gone down at 1827 Golden Gate Avenue three weeks ago?

A dozen San Francisco cops have been killed in the line of duty in the last couple years …. Scary. Real scary!  So I just sat on my 3-wheeler out in the parking lot at Candlestick Park, trying to stay out of the wind and taking stock of my life.

*  But the paradoxes of my life and this job are messing with my head.

I could be shooting it out with the SLA — but instead I’m at Candlestick Park.

The job will find me — I know that. Just wasn’t my time yet.

Where do I fit in the whole scheme of things?

I see people with lots of money, and I see people with nothing. I watch all this go down, first-hand. The uncertainties of life bother me. How easily I could get caught up in things I have no control over.

I feel embarrassed admitting it, but that scares me. Why am I getting upset? That’s just life. My parents knew that.Maybe that’s the genetic wiring pattern I got from my mother. Hell, that’s scary, too.

Are there other jobs out there for me besides the SFPD? I don’t know. Shit, I’m only 23-years old. I just need to stay in the moment and let all this wash over me.