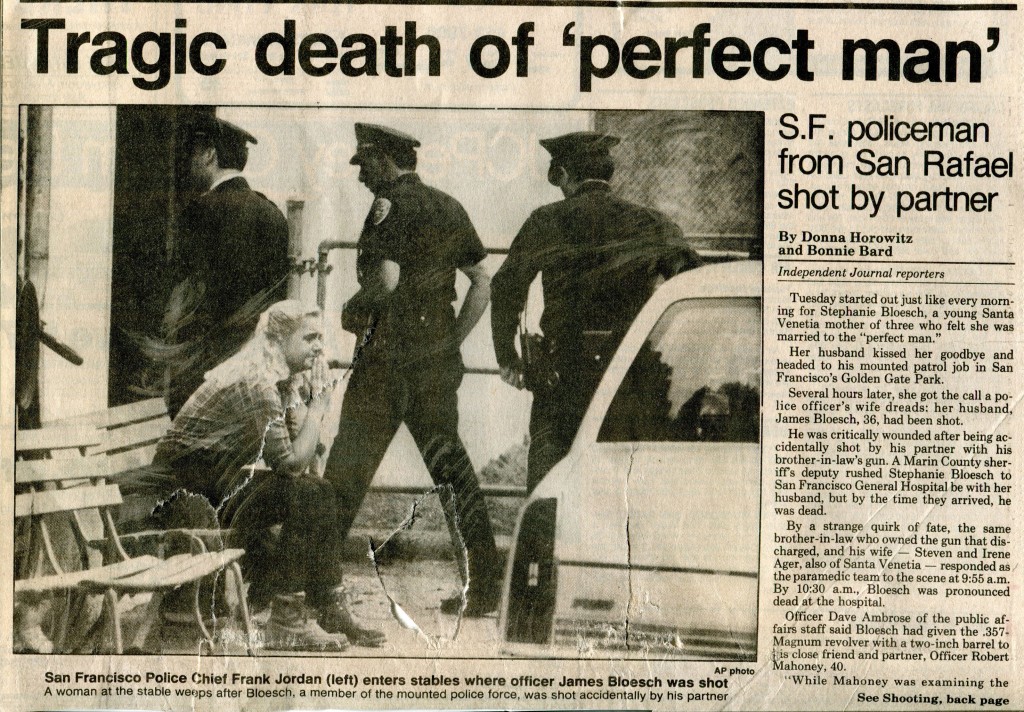 The morning I entered the Academy back on Monday, September 11, 1972, I remember the Commander of the Academy joking about how the bunch of us 21- and 22-year-olds from S.I., Riordan and S.H. were now all in the “chips” because of our new jobs.

I have to admit I felt pretty good that day until he said:

“I just want you guys to know that before this thing is all over and you start retiring in 30 years, two of your names are going to be up on the Memorial Wall downstairs —  in the lobby of the Hall of Justice for Officers Killed in the Line of Duty.

That happened this morning: at the police stable in Golden Gate Park — probably the safest place in the entire department.

Jim Bloesch, the nicest, most professional guy in the SFPD, was killed by an accidental discharge of his service weapon. He was married with three young kids. 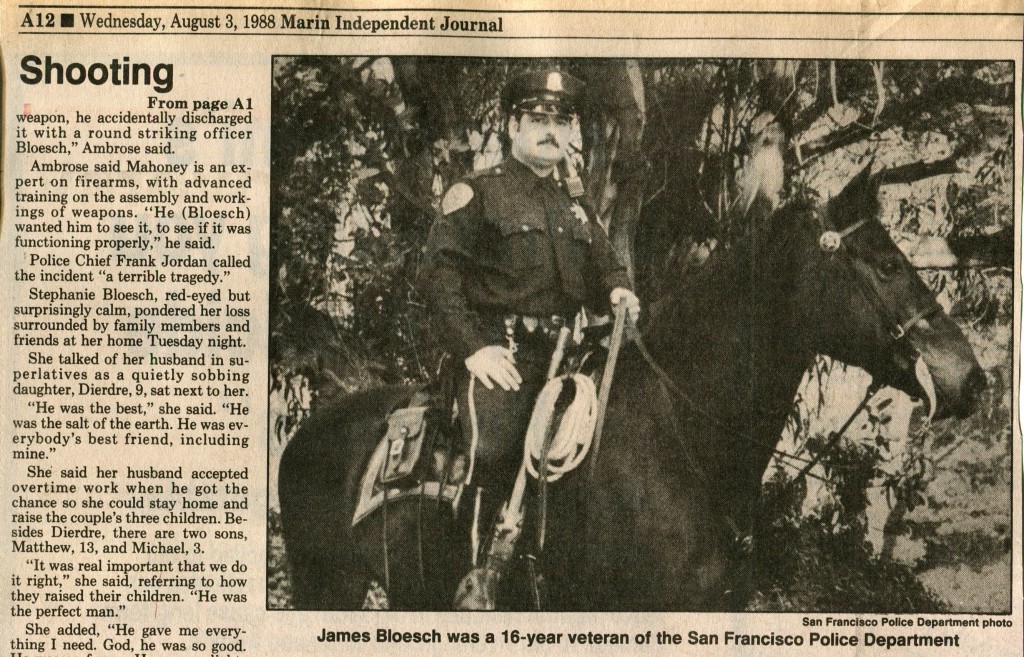 To make matters worse, the ambulance that responded to the call was staffed by his sister and brother-in-law.

You were a great gentleman.

I will remember you.