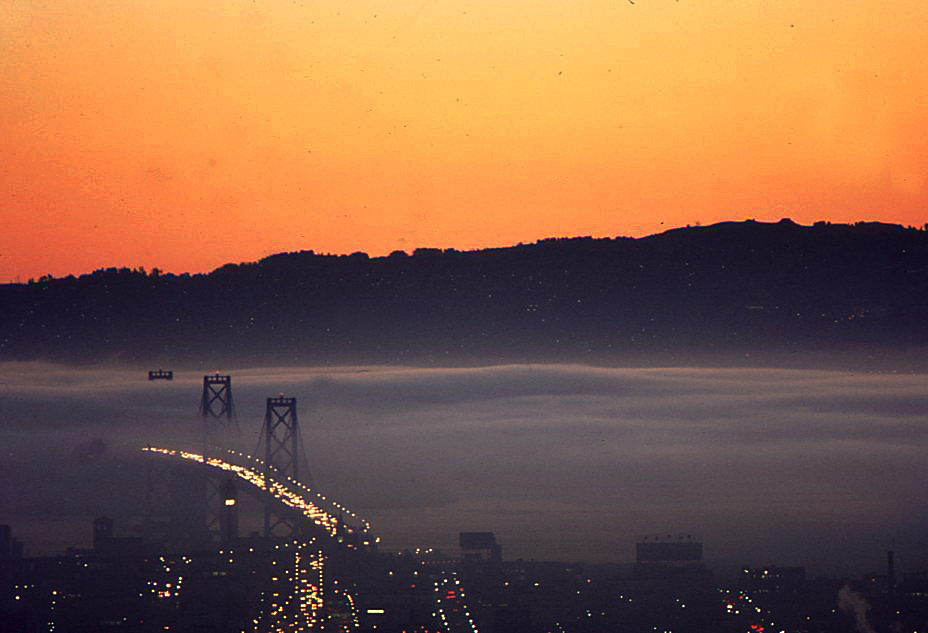 View from the apartment of a foggy sunrise over the Bay Bridge, May 1, 1974

Beautiful sunrise this morning. I slid open the window and just took deep breaths.It was gorgeous!

The challenge for me is balancing the beauty here at home with the shit I deal with every night at work. I’m constantly whip-sawed back and forth between the two extremes.

I need to linger longer with the good stuff and just let the bad shit wash over me.

I had the three-wheel motorcycle detail out at Candlestick last night. Night off, with pay. Only about 2,000 people showed up — essentially no cars in the parking lot to patrol or streets to clear.

People are freaked out about the Zebra killers.

We got a mug shot drawing of the suspects, then orders to jack up any black guys we wanted to. We issue them a “Zebra Card” to show to other cops who try to jack them up. 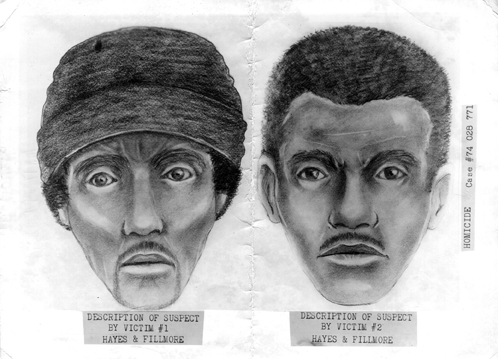 I was in the Giants’ locker room before the game tonight and issued a “Zebra Card” to Bobby Bonds. He was appreciative. He drives a nice car, so I’m sure somebody’ll jack him up, thinking he’s a pimp.

It was a cold, shitty night with the wind blowing. They were playing the Phils and lost 6-5. The season, which started out at 4-0, is going south real quick; they’re now  11-12.

The Sergeant took off, so I went inside to get out of the wind for awhile. I was in that tunnel behind the right field bullpen door that leads to the locker rooms. I went in and took off my crash helmet and my Sam Browne belt, laying on the bench there — and watched an inning through the slit in the door.

While I was standing there, one of the relief pitchers for the Giants – in uniform — came up behind me and quietly put on my gun belt and crash helmet. He then walked past me, opened the door, and went outside to sit with the rest of the players — wearing my shit!

Okay … so Hemingway once described courage as “having grace under pressure.”

Do I run out to the ballplayers’ bench during a game and beg a major league ball player who’s about ten years older than me for my gun belt and helmet back?

Or do I play it cool?

Well, I decided to play it cool, but the guy sat out there for the whole inning and milked my discomfort to the max.