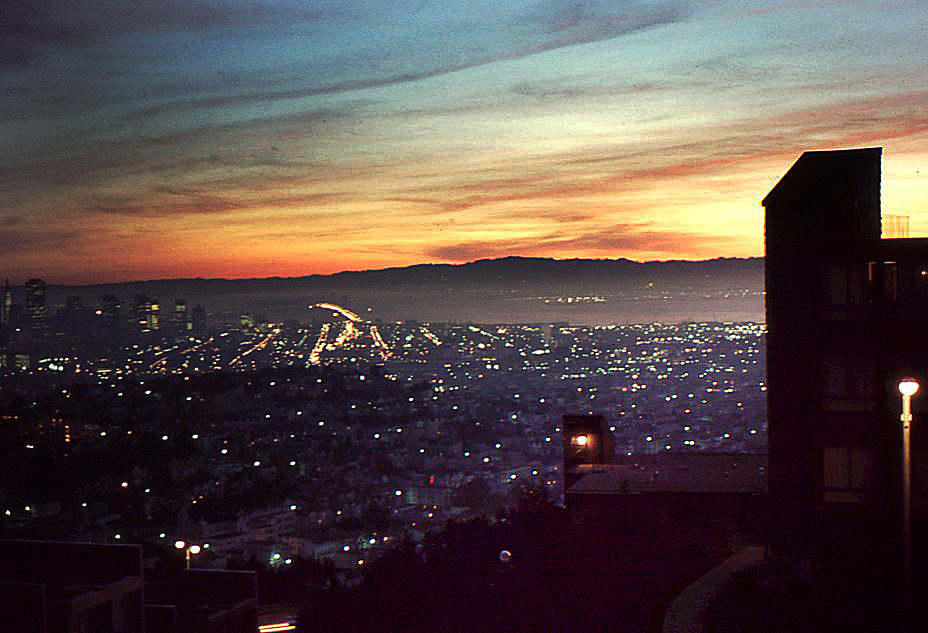 Sunrise over the City of Champions

I got back to the Oakland Airport at 0230 and drove to the City over the Bay Bridge, finally getting home at 0415. Standing in the bay window looking out at the City this morning, I saw a totally different city: San Francisco finally has a winner.

When I finally got outside, it was sub-zero and the air was pure exhaust fumes from 400 buses running to keep warm. I was slipping and sliding on the ice and snow, trying to find the spot where the bus was parked. When I finally reached the spot the bus was – it was gone!

So here I am in sub-zero temperature standing in an iced-over parking choked with bus exhaust — and all the buses are leaving. I figured some of those buses had to be heading to the Detroit Airport, and I finally found one. I gave the bus driver $20 and sat on the floor. Unfortunately the passengers were Cincinnati fans, so I couldn’t celebrate. But I was glad to be out of the cold heading for the airport.

I found the gate and the plane. But then the plane was delayed for two hours. Didn’t seem to matter at that point. 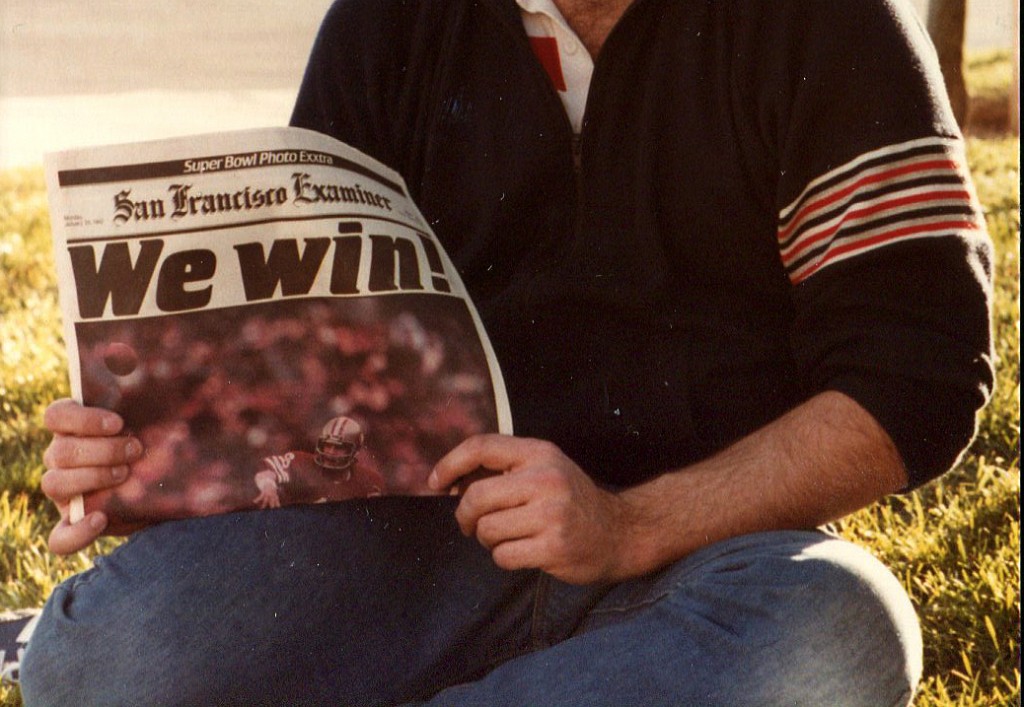