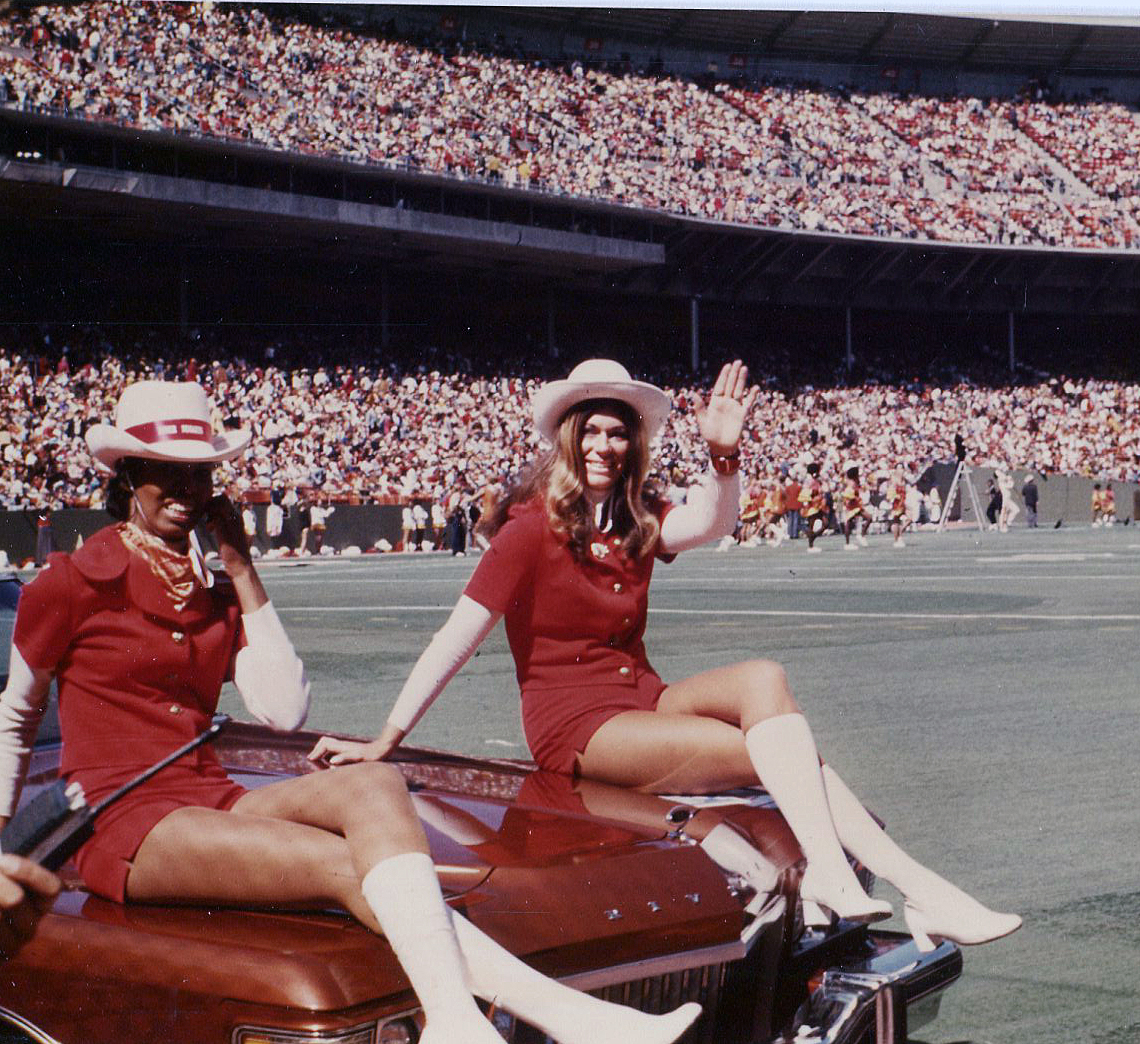 I worked Field Security at the 49ers game this afternoon at Candlestick against the Rams. We got killed 40-20. Took my camera along and got some pictures of the cheerleaders and 49er QB John Brodie. 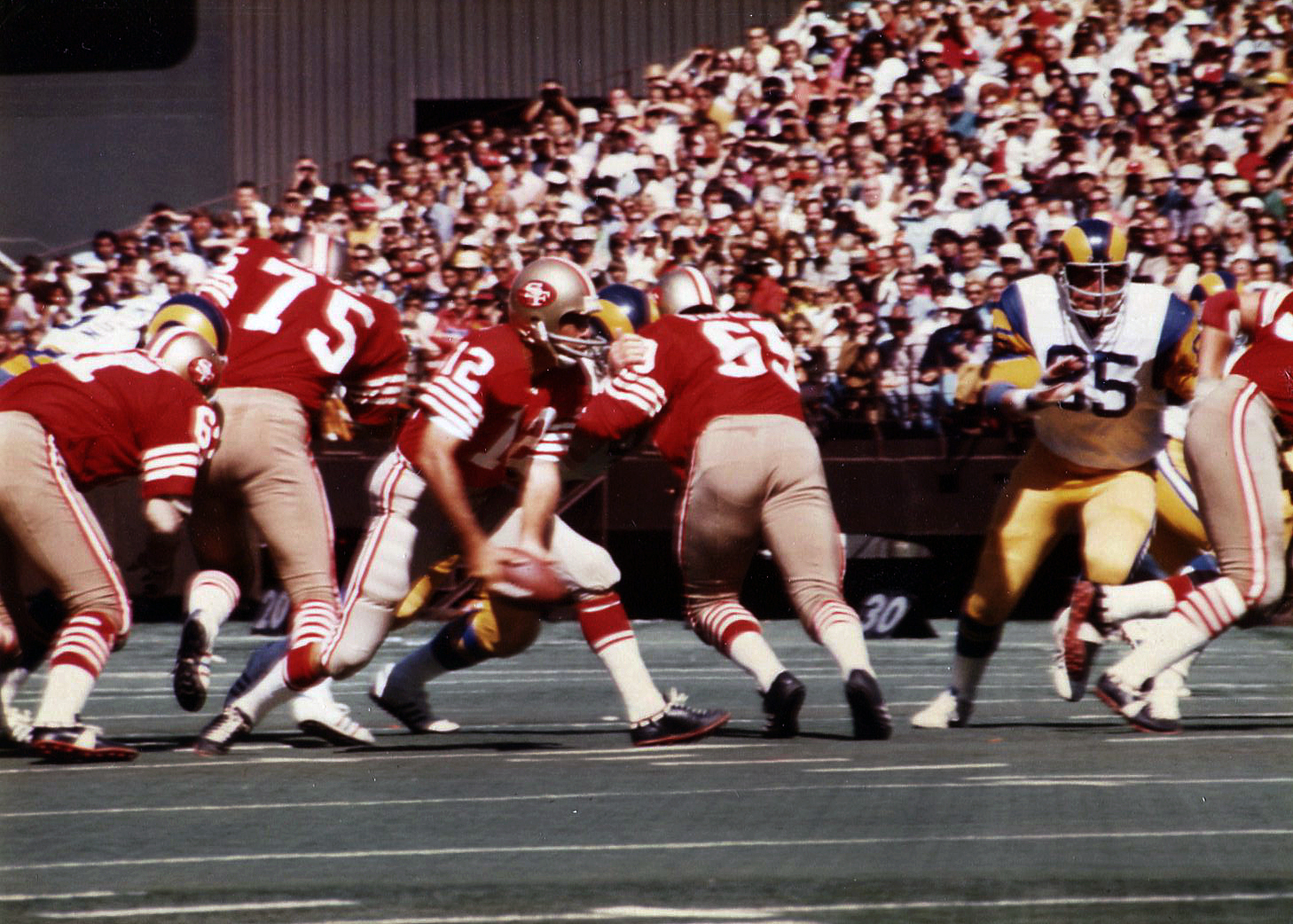 Amazing to be down on the field. Live action upclose: the roar of the crowd … and the players are big and fast.. Been a while since I was on a football field — Turkey Day 1966– when we beat Lowell for the championship. We weren’t that big and certainly not that fast. Could be the reason I didn’t get drafted into the NFL.

I was as close to the game as the third-string quarterback.